That’s the name of one of Gil-Scott Heron’s greatest hits, randomly mentioned here only because we were thinking about winter gigs for RPS in Boston.  The full band had a slow end to 2018, but everyone was busy with their own performances and holiday gigs with other projects.

We did have the partial RPS Band for the November gig in Framingham, and my good friend Jesse Hayes captured a few black and whites as we gave love to the Haywoods and the sense of community that they have fostered.  The day turned out as we hoped that it would, and I think we lifted Howard and Katy’s spirits a little.

We also had fractional RPS do a Scholarship Ball in Waltham, composed mainly of the RPS members that attend Myrtle Baptist Church.  Also a fun night as we opened up the evenings events at the Stonehurst Mansion.

There’s another post right behind this one as we start to move into gigs for 2019 with a Dance Party on January 5th. 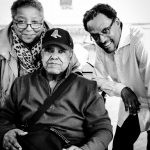 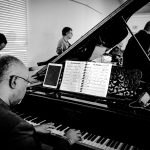